[EN] In many ways, the red, black, green, and white of the fruit and rind—colors that match those of the Palestinian flag, tells the story of the plight and pride of the Palestinian people throughout generations, since it became a crime to raise a Palestinian flag in Palestine.
Program:
3 PM Expo | Disarming Design from Palestine | First floor
Disarming Design from Palestine (DDFP) is a platform that performs as a design label, fostering thought-provoking design from Palestine. The project engages with the Palestinian design and crafts communities, to develop ideas collaboratively and create designs in conscious and integrated ways. Often rooted in a story or incident encountered in day-to-day life in occupied Palestine, the items speak of the reality they’re produced in.
They center Palestinian narratives and engage with the people involved, in resources, agency and for liberation. How can design contribute to a more sustainable society, human-centered economy, and just ways of the world?
________________________________
4PM Expo | Hamza Abu Ayyash | First floor
Hamza Abu Ayyash is a Palestinian activist artist born in Lebanon. He lived his early life between Tunisia and Jordan and settled in Palestine in 1997, few year after the Oslo agreement, where he graduated from the faculty of Fine Arts in Nablus in 2004.
As a multimedia artist, Hamza is using a variety of art forms such as painting, sculpturing, video, photography, projections and graffiti in order to express his topics that orbit around the regional identities and mythical heritage of the areas he is working at. His artworks mostly include calligraphy in adjusted forms as expressive force.
*During the expo, between 12 and 5 PM, the background music will be played in collaboration with Radio Alhara – Ramalla, Palestine.
_______________________________
5 PM | Watan Dabkeh Group | Ground Floor
Dabke, which literally means stamping, is a folkloric dance originating from the Middle East (Lebanon, Palestine, Syria). Dancing together and having fun are central. In this course you will learn this traditional way of dancing from experienced dancers of the international Watan Dabke group.
________________________________
6 PM | Osloob & Abo Gabi | Ground Floor
Abo Gabi: graduated in journalism and media from Damascus University. He also studied voice and eastern music, improvisation and the origins of eastern mystic singing with professors from Syria, Turkey, Azerbaijan and Central Asia. He has recorded two solo albums, ‘Hejaz harb’ (2014) and ‘Taksier Sharki’ (2015), and has received numerous accolades, most notably the Samir Kassir Award for Freedom of the Press (Beirut) in 2015 and the Grand Prix at the Kélibia International Festival (Turkey) in 2016.
OSLOOB: is a Palestinian rapper, music producer beatmaker born in Lebanon and the founder of the band Katibeh 5. He has produced two albums with the band: Ahla Fik Bil Mokhayamat (Welcome to the Refugee Camps) and Al Tareeq Wahad Marsoum (The Road Ahead is One and Known).
________________________________
7 PM | SAWT | First Floor
SAWT is the alias of Brussels-based producer Kamel Badarneh. Making use of analogue machines and field recordings, SAWT aimes to create a sonic range where techno, ambient and experimental music meet.
______________________________
Organisateurs
Lagrange Points Brussels, Librairie  · Centre culturel
Disarming Design from Palestine. Organisme communautaire  · Designer  · Produit/service
Watan Dabke دبكة وطن. Artiste 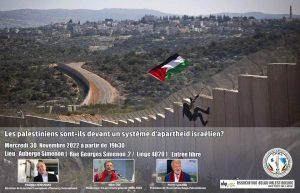 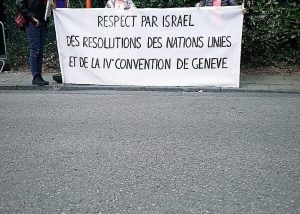