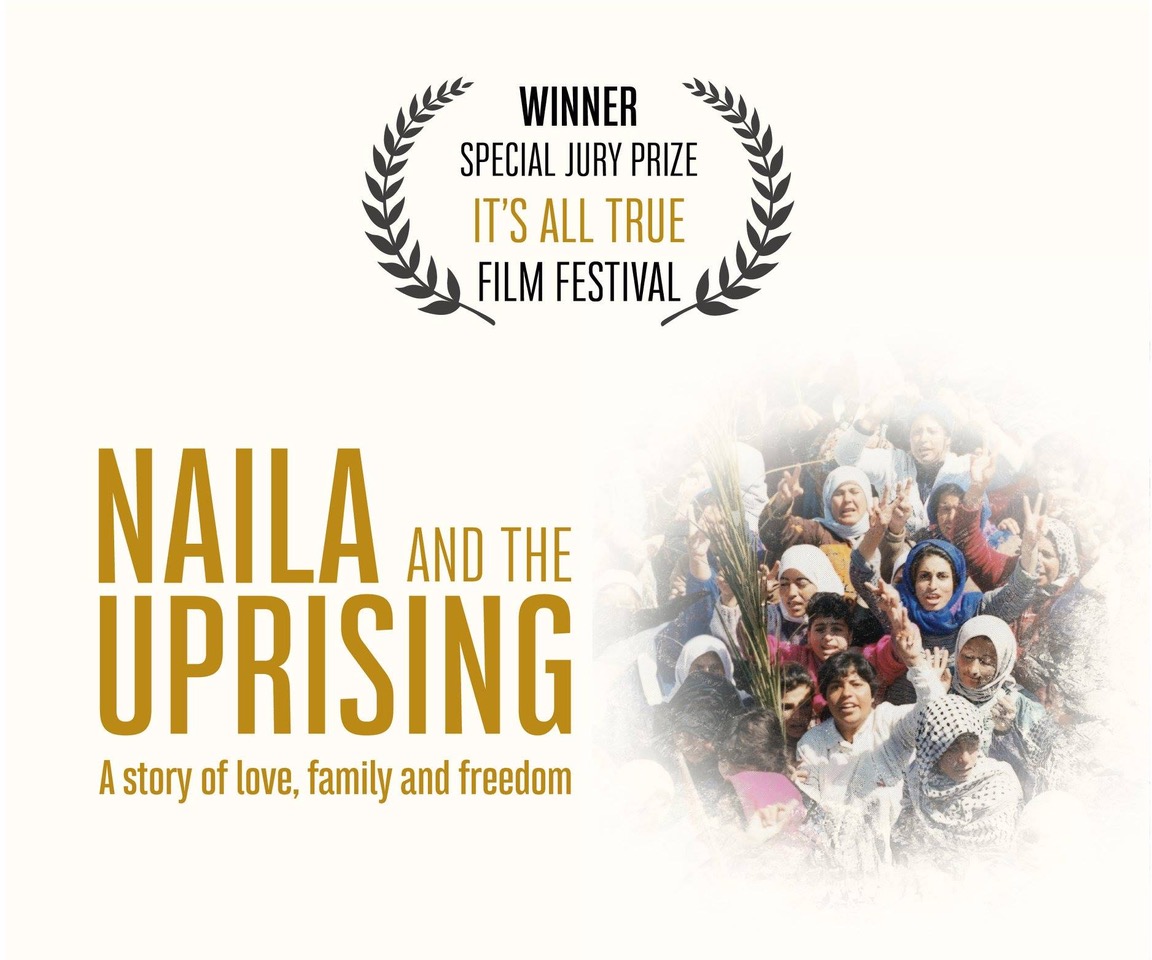 On the eve of International Women’s Day, Café Palestine will screen the remarkable movie ‘Naila and the Uprising’ which chronicles the women’s resistance movement during the first Intifada in the Occupied Palestinian Territories in the late 80s.

Naila and the Uprising follows the journey of Naila Ayesh and a fierce community of women who were on the frontlines of the non-violent resistance against the Israeli occupation during the first Intifada (the Palestinian uprising of 1987-93). Using animation, interviews and archival footage, the film tells the stories of women activists who played a central role in the resistance throughout the first Intifada, from Gaza, to the West Bank and East Jerusalem, bringing to the world a history that is often overlooked – of a strong non-violent women’s movement at the head of Palestine’s struggle for freedom. By following Naila’s life, the documentary becomes an individual and collective remembrance of the Palestinian resistance movement, from past to present.

As we mark International Women’s Day on 8 March, a global day of celebration and protest for the advancement of women’s rights and feminism, Naila and the Uprising reminds us of the long-lasting impact of women-led civil resistance and how it can affect real structural change. The film also offers an opportunity for the Palestinian women who led an incredible movement to pass on their lessons to the next generation of women activists, all over the world. You can watch the trailer here: https://www.youtube.com/embed/zotlaEEnSZw

Naila and the Uprising (Palestine, United States, 2017, 75 min.) was directed by award-winning filmmaker Julia Bacha, director of Budrus and co-director of My Neighbourhood, and produced by Just Vision (https://www.justvision.org/about).

The screening of Naila and the Uprising (with English subtitles) will start at 19h, followed by an open discussion to be held in English.This event is free, in partnership with Le Space.